In 2013 during the major restoration to the front of Onslow Court the privacy screens were removed from the balconies and they never returned! The cost to manufacture new screens was prohibitively high and they continued to be pushed to the bottom of the list. Residents were happy to muddle along sharing balconies with neighbours. However, they are one of many important architectural points of Onslow Court and they are coming back.

Below is an archive photograph of the building from around 1995. The screens at that time were not glazed and very similar to the old Beach Hotel. 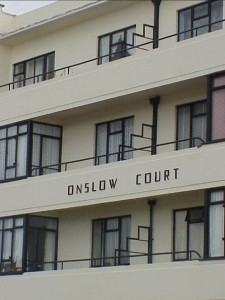 Below is what was salvaged of the removed screens, there was very little left to save, but it is clear that they were later glazed with an opaque perspex screen.  Credit to Paul and Jan Beeson for storing and photographing the old screen for us all. 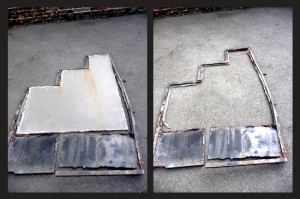