As the clocks go back and Winter approaches, memories of the Summer gardens at Onslow Court. 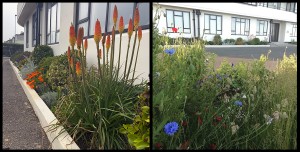 Led and co-ordinated by Claire Cossey, residents have worked hard over the past few years to enliven the gardens and make them an attractive haven for wildlife. Our seafront location does make it challenging to find plants that will survive and thrive when we are hit by strong coastal winds, but Claire has found many beautiful plants to suit our climate.

The ‘vision’ for a better future continues in Worthing – Union Place

There are notices around the town in Worthing advertising the vision for Worthing, you might have noticed them and in particular the boards about Union Place. Worthing Borough Council (WBC) obtained the land last year and this latest acquisition is part of the bigger regeneration plan for Worthing which has been going on for some time now. The Union Place project will bring with it 198 new homes, new commercial spaces, a cinema and an extension to the Connaught Theatre, in fact in this application the theatre is called the ‘site anchor‘. The proposal describes all the opportunities and the constraints associated with such a huge development and is worth a read (link below).

In a statement Adur and Worthing Borough Council say this:

‘Worthing will be recognised as a highly desirable place to live, work and visit, continuing to attract high calibre businesses and significant inward investment that will help the town’s economy to grow and improve its regional competitiveness. It will be a vibrant place where people can enjoy a high-quality environment that combines the best of coast and countryside, a diverse cultural and leisure offer, modern infrastructure and economic opportunities.’  [Worthing prospectus 2016]

The significance of why Onslow Court features in this huge planning document starts to make sense. Some of those aforementioned constraints are probably there because of our Onslow Court, the Connaught it is a very important listed building in Worthing and it sits slap bang in the middle of the Union Place site making this project slightly more architecturally sensitive than it might otherwise have been and don’t forget, it is called the ‘site anchor‘ in this application.

Onslow Court is included as a visual reference in the outline planning application (page 6), although their document doesn’t reference the architect, or why our building is slotted into this glossy tender.  Onslow Court is prominent in the application and it is placed alongside other ‘designed’ buildings.

It is great that Onslow Court is recognised as a building of importance. We come under the heading, ‘Proposed Character’ and we are the only local building other than the Connaught Theatre in the application.

Read the full application and view all 8 exhibition boards here and the consultation information here.

I think it is fair to say that we are all quite passionate about the Art Deco era; the period when Onslow Court was built.

Now it looks like someone else is too and not just the era, but also our building.

This is an invaluable location guide for any art deco traveller in the United Kingdom and for all lovers of 1920s and 30s nostalgia and all that that entails: the opulence and decadence of the legendary Jazz Age era. In this edition you will find us alongside De La Warr Pavilion, the Assembly Hall in Worthing, Saltdean Lido and Pells Pool in Lewis. Plus Stoke Abbot Court Worthing, Embassy Court, Shoreham Airport and Marine Court in St Leonards-on-Sea. Readers might be interested to read Genista’s blog post here on Shoreham Airport and other local Art Deco hot spots!

Onslow Court was always an important piece of architecture on the south coast, it lost its polish and allure in the 70s 80s and the 90s, but now thanks to the new climate of interest in this era and the intensive restoration program which has spanned the last 8 years, starting in 2012 with the replacement of the communal boiler, we are starting to see confirmation that Onslow Court is being noticed and recorded once more.

The ‘Art Deco Traveller Guide’ is available to buy in all good bookshops. 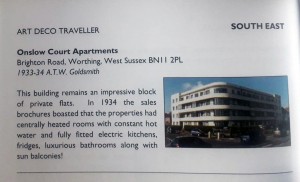 STOP PRESS>>>> There is another book coming out soon on Onslow Court written by the daughter of the developer/builder of our building. This new book will feature other Worthing buildings that her family built in the 30s and we wait in anticipation for publication day. We will tell you about it here first! 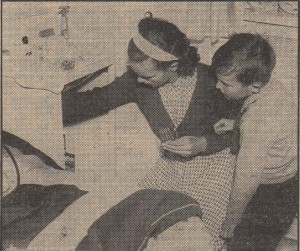 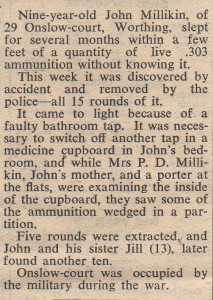 Five Rivers Environmental Contracting has been chosen to revive much-loved Brooklands lake has promised to deliver an ambitious improvement project with work scheduled to start this autumn.

The company, which was awarded the contract by Worthing Borough Council, after a competitive tendering process, expects the work to take 12 weeks weather permitting.

Five Rivers will have to remove 15,000 cubic metres of silt, the equivalent of six Olympic-sized swimming pools, which has built up in the lake which will then be used to create new margins and a new island in the middle.

Trees will be planted on the island and a boardwalk will be created over new reedbeds in the margins. A special bank which it is hoped will attract nesting and feeding kingfishers and sandmartins is also to be created.

Worthing Borough Council’s Executive Member for the Environment, Cllr Diane Guest, said, “I’m really excited by these plans from Five Rivers. I am confident the company will restore the lake to its full glory and help improve the park for generations to come.

“I will be watching the work with a great deal of excitement.”

The council acted last year after concerns about the environmental impact of the build-up of silt in the eight-acre lake.

To avoid similar problems in future Five Rivers will be narrowing the Teville stream and in front of the Brooklands cafe. Silt traps will also be installed to help stop debris finding ts way to the bottom of the lake.

“We are really looking forward to working the council and the Friends of Brooklands lake to improve the area with this ambitious improvement project,” said Five Rivers project manager Jacob Dew.

“Our works will help to create new marginal zones and more defined diverse habitats that we hope have the potential to attract a variety of species to the area.”

Five Rivers has previously worked on bio engineered protection of the River Rother in East Sussex, improvements to the River Lambourn to help fish breeding and work to restore four stretched of the River Nar in Norfolk.

Local residents were key in calling for improvements to Brooklands lake and now with the help of the borough council a Friends of Brooklands Park group has been set up which will have a major say in the future direction of the popular attraction.

Worthing’s parks department is invited anyone interested in joining the group to attend a special meeting at the Richmond Rooms, Stoke Abbott Road on August 8 at 6.30pm.

Cllr Guest will be attending as will members of the council’s park ranger team.